He has just won Sigeman & Co 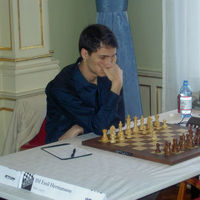 Just a few hours after Ivan Cheparinov won the 2007 edition of Sigeman & Co he gave a telephone interview for chessdom.com.

Q: Hello Mr. Cheparinov! Congratulations on your victory! How do you feel?

A: Thank you very much. I feel ok, I just need some rest and I will try to win my

Q: Who was your most serious opponent in Malmo?

A: The competition is not finished yet, but the biggest contenders were Hillarp

Persson and Jan Timman. Hillarp Persson was closely following me in the table until this

round. Jan Timman is always dangerous because he is very experienced. He had a good winning

streak in the second half of the competition and he has chances for the second place.

Q: Was there a battle of generations at Sigeman & Co?

A: Certainly, there were experienced players as well as young ones. It is

difficult to say which generation had the advantage, but I think the experienced players

were stronger at this competition.

Q: A few words about the organizers and the tournament?

A: Everything was perfect! I loved the conditions at the playing hall, the hotel

was also very nice. Great work from the organizers.

Q: How come there are so many chess talents from a small country like Bulgaria?

A: Recently there has been a big rise of the level of chess in Bulgaria. I believe

we will be a serious factor on the chess scene in the next years to come.

Q: Veselin Topalov practices with you, who do you practice with?

A: I prepare my games with Veselin. We work very well as a team and I feel I

benefit a lot from our cooperation.

Q: What is the role of computers in chess?

A: The machines are an important factor in chess today. We use them more and more.

Soon it will be impossible to win against them, but they are very helpful for developing

chess skills. Of course, there is the negative side, the cheating possibility. However, with

adequate control this problem can be eliminated.

Q: How do you find anti cheating measures nowadays?

A: Looking back at the last year you know that there were possible flaws in the

Kramnik – Topalov match. In general the other tournaments were pretty secure. I personally

and anti cheating measures were at their minimum.

Q: How will the situation be in Sofia? What anti cheating measures will be

A: As in every super tournament, I am sure there will be high quality measures. It

was so in the years before, it will be so now.

Q: You said computers have more positive effects on chess. Do you think they are the key

A: Computers are an important factor. However, there is only one key to success in chess

- hard work. If you do not work hard, you cannot develop.

Cheparinov with his manager

Q: What are your plans for the near future?

A: First I will try to win the game tomorrow. Then, I need some rest and we have

to work with Veselin Topalov on the upcoming M-Tel Masters. I hope that we prepare well and

that Veselin will show he is the best at the moment.

Q: When is your next big competition?

A: In August I will play in a tournament in Amsterdam. It is a mixed field of

young players and experienced ones. The best youngster will play next year in Monaco.

Q: How do you see chess in the future?

A: Chess needs to develop. That is why I support the idea of my manager, Silvio

Danailov, for the creation of the Grand Slam. It will be a very dynamic competition with an

interesting format. I love the idea that there will be a final match between the winners in

Bilbao. There is one more factor that I would like to mention about the future of chess – it

is the Internet. This is the media that has to make chess popular. In my small hometown

everybody is following games on the Internet and there are big discussions. Chess is for

everybody and the Internet is the only option to globalize it. 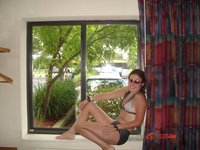 Q: Tell us something about your first chess steps and what has got you attracted to the game.

A: I started to play when I was 13 years old… At first, I didn’t really like the game because I didn’t understand it so well… but after 1 year I completely fell in love with Chess.

Q: Tell us something about the chess in Ecuador. Are there enough players, clubs and coaches?

A: Chess is becoming more popular now thanks to some results we have achieved… We have 1 GM , 1 WGM (that’s me) and a few IMs. There is an open tournament per month. So, this is helping chess to grow. Chess is getting some support from the government, but I am sure the chess Federation could help this progress increase. For the moment there are probably only 3 known chess clubs in Guayaquil and Quito. One year ago I created a chess foundation, the goal of which is to teach chess to children from the streets and with economical problems all around Ecuador.

Q: You have a long coaching experience dating back to 1994. How do you feel about coaching? Do you plan to open your own chess school in the future?

A: I love coaching. Actually starting next week, I will be coaching the top 10 female players in Italy. Also I have been the official coach of Charlotte, NC (for 4 years), I have coached in many schools in NY, also I have many students on the internet. As I already told you, I opened a Chess Foundation in Ecuador and I also have a Chess Academy in Perugia, Italy (with IM Roberto Mogranzini).

Q: A game you will never forget?

A: It was a game against Monika Socko, 1993 in Bratislava, it was my 1st World Championship U16 and my 1st strong international event. The game lasted almost 9 hours, I won.. I was so happy because my opponent at that time (and even now) was one of the strongest players in the section.

Q: What are your plans for this summer? Which tournaments are you going to participate in?

A: My plans for the summer are to prepare for the Women Continental tournament to be held in September. This tournament is a qualification for the Women World Championship. I also have a few other tournaments in mind, but I am not sure yet.

Q: You are one of the few women to hold the IM title. Do you plan to attack the GM one?

A: Yes, that’s my goal in the next few years. But I have to admit that I haven’t been preparing that much because of my students and the University. 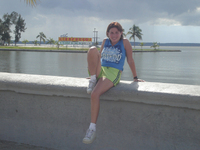 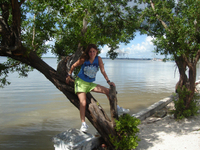