More than two hundred thousand weekly visitors of the Ibirapuera Park in São Paulo will stumble upon an unusual scene between September 25th and October 1st. Inside a giant and transparent box in the middle of the park, the top chess players will fight for the trophy of the 4th Grand Slam Final Masters. “The eyes of the chess world will be focused on Brazil during that week,” said GM Gilberto Milos, one of the organizers, in an exclusive interview with Radio Xadrez.

Several other activities are planned to be performed in parallel with this great event to entertain the public and promote chess among non-practitioners, who will be amazed at the change of routine in the park.

The chess programme will run from 10 am in the morning until 9 pm and a last press conference of the day. More details on this brilliant project were revealed as GM Gilberto Milos spoke to Radio Xadrez. 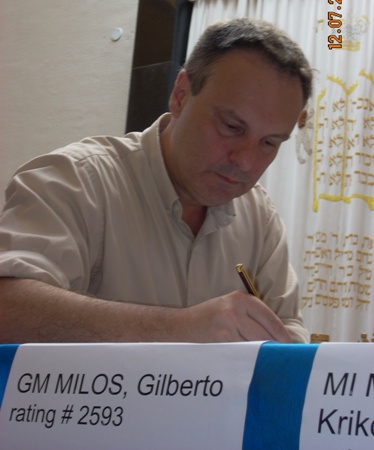 Rádio Xadrez – How were the negotiations to bring the Grand Slam to Brazil?

Gilberto Milos – The contact started when I was playing the Ibero-American Championships in Mexico in November last year [Milos was crowned champion of this tournament]. After that, the talks advanced to the next stage, we discussed a lot and started looking for sponsorship. Finally, we found strong support from the City Hall of Sao Paulo and the tournament came to Brazil.

Rádio Xadrez – What is the importance of the event for Brazil?

GM – We want to make a “Chess Week” in Sao Paulo. Those who can take a vacation at this time should do it and come here. You could walk through the park in the morning and then watch the games in the afternoon. In fact, the chess world will be here that week. We hope many people will come, even outside of Brazil. We want people who love chess to also visit our country.

Rádio Xadrez – What are the official dates of the competition and where they play?

GM – From 25 September to 1 October in São Paulo and then the second half in Bilbao (Spain). The event will be held here at the Ibirapuera Park and the players will play in a glass box, the same fashion used in Bilbao. The tournament will be fully open to the public, with an area of ​​1,500 square meters in the park.

Rádio Xadrez – Is there also room for small sponsors?

GM – We’re starting to attract sponsorship, so we are open to proposals. We hope to negotiate with more sponsors to improve the event.

Rádio Xadrez – Will the Brazilian Grandmasters participate in some way? Mequinho for example?

GM – Whenever possible, we try to invite the top players of Brazil. Of course, Mecking has his place in that group. We want to involve a large number of Brazilians, from amateurs to our best professionals, whether playing parallel tournaments, commenting on the games, doing simultaneous exhibitions, and so on.

Rádio Xadrez – Are you planning to offer tour packages, hotels and transportation to the venue of the tournament?

GM – Yes, that’s the idea. Soon we will give more information.

Rádio Xadrez – Brazil is very hot. Will there be enough comfort in the box?

GM – Of course, the box will be air-conditioned and sound-proof so that there is no noise at all. 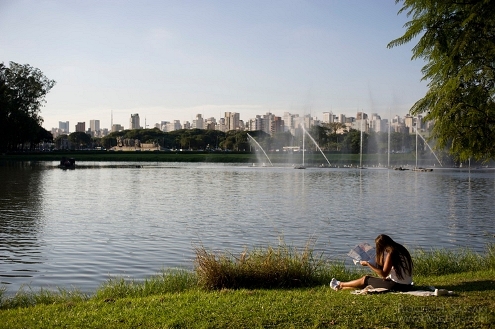 Rádio Xadrez – Why was Ibirapuera Park chosen as a site?

GM – Our philosophy is to bring chess to the people. If the public does not go to chess tournaments, then tournaments will go to the public! Clearly the public does not frequent the tournaments because they are usually being played in elite hotels and theaters or other hidden locale. Our philosophy is to have chess seen by ordinary people in a park with wide circulation. The transparent box will allow full visibility to those passing through the park, even those who are not there for chess. The side events will also be outdoors, where they can be seen by all.

Rádio Xadrez – This reminds me of the situation when someone placed a piano in the middle of a busy subway station in downtown Sao Paulo, with passers running to catch trains stopped to listen to classical music …

GM – Yeah, it’s the same situation. You have to plan activities for those who know nothing about chess and also for the strongest amateur or professional players. Let’s get it to all people of all ages. 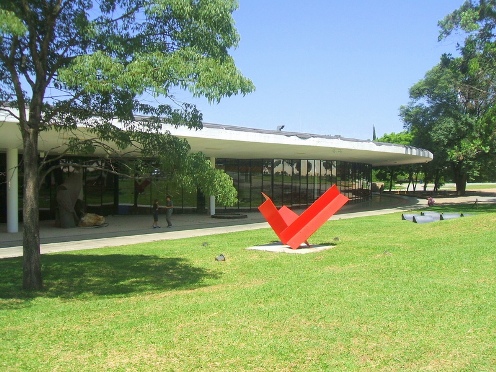 GM – I hope so! If we do a good job, Brazil will definitely enter into the calendar of the world circuit and become a focal point of chess. Economically, our country is better than many European countries, we have everything to achieve it. Let’s create something positive about the event, which is really good for everyone.

Rádio Xadrez – Ok, Milos! Thank you for the interview and we wish you every success in organizing this event. In the name of all chess players we congratulate you for bringing this great tournament to Brazil.

GM – Now it is important to keep positive thinking and work hard. Rádio Xadrez’s collaboration is very important to spread the news in the world of chess. We count on you!