Alisa Maric holds titles of women’s grandmaster (WGM) and men’s international master (IM) in chess and PhD in Economics. The remarkable achievements in chess made her best Serbian and best American-born female chess player ever. She is also university professor in Marketing, member of Presidential Board of Serbian Olympic Committee and winner of prestigious national awards. Alisa had kindly accepted an interview for Chessdom.

Chessdom: Alisa, you have achieved an impressive chess career. Tell us what has got you attracted to chess, how did you start playing?

Alisa Maric: Chess was played in our home very often. Having seen my father playing with his friends, my twin sister Mirjana and I asked our father to teach us how to play. We were 3 or 4 years old then. This was one of the ways to compete between ourselves. I can say that this competitive character of the game attracted us to chess.

Chessdom: It is very hard to write about all your achievements but let’s try to mention some of them. You took part in the world championship cycle for the record six times. At the same time, you are leading a strong national team for 21 years. How do you manage to stay in the top form?

Alisa Maric: For a decade I was a standard participant of Candidate tournaments and two times I won the third place at the World Championship final. The answer lies in the combination of talent, knowledge, persistence, self-discipline and probably the well-known Serbian stubbornness, the wish to answer a challenge when you are all alone against everybody. Unlike a number of Russian, Georgian and Chinese chessplayers, I had no support of a big organization or coaching teams. When we talk about keeping form, I have to say that it is really changeable category, but when you reach a certain level, oscillations are in the frame of that level which you belong to. 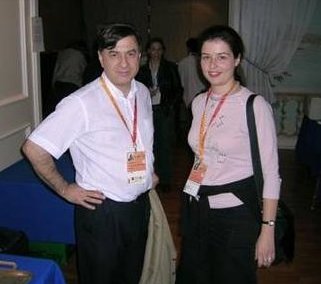 Chessdom: Two times you were just a step away from the World Championship match, it happened in 1991 and 2000. How big or small was this step for you?

Alisa Maric: My victory at the Candidates Tournament in Georgia, when I shared first place with Xie Jun, marked the end of the Soviet domination among women’s chess players and I consider it to be a very important achievement.

Final challenger match in Belgrade and Beijing against Xie Jun went like some kind of dream. Only later I became aware how close I was to the World Championship match. If this was lack of experience, then at the World Championship in New Delhi I burned in great motivation. I was eliminated in the semifinal with minimal result, and had I won, I would play so much desired rematch with Xie Jun, this time for the world title. These results are representing the biggest individual success in history of Yugoslav and Serbian chess.

Chess has developed, it became a planetary mass sport

Chessdom: For the last several years you prepared your Ph.D and continued teaching at the University. Can we expect your comeback at the chess scene?

Alisa Maric: In science I am aiming for perfection the same way I was trying to reach perfection over the chess board. In the field of Marketing, which I teach at University, I found a new challenge, while in chess after all the achievements I lack motivation. However, I won’t give up and I believe that I could play again for the World title if I had adequate preparation.

Chessdom: A few days ago we talked to Ivan Ivanisevic, and let’s ask you the same question. How can Serbian chess reach the old glory from times of Gligoric and Ljubojevic?

Alisa Maric: This question is related to men chess only because the period of women chess fame was during the 80′s and 90′s when we won bronze medal at the Olympiad, silver at the European Championship and several European Club Cups, besides my already mentioned individual achievements. New generations should find their motivation in these results.

The phrase “restore the old glory” is basically a misconception. There is a great gap between the postwar period and today. Then you had a few serious rivals and today you’ve got a number of strong national teams. Chess has developed, it became a planetary mass sport. With the development of information technologies, the world champion of tomorrow could come from the most incredible parts of the world, not only from the chess playing countries. 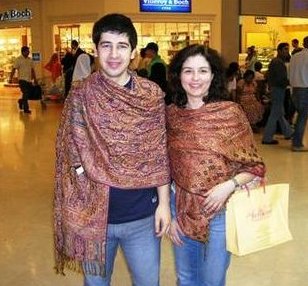 Chessdom: At the end of October we’ll have the European Team Championship. What result can we expect from the national team of Serbia in male and female competition?

Alisa Maric: For some years already, our team captains are repeating that being among the top 10 is a success. If the organization and attitude towards players were better, I would believe in better results. Otherwise, I have nothing to add to their estimation. As far as I am concerned, I haven’t decided about my participation yet.

Chessdom: You were a host of a number of chess programs on different TV channels. Tell us something about this experience.

Alisa Maric: A lot of people have to be involved in a realization of a TV project. One has to arrange all the parts of a jigsaw, and it takes energy. Publicity effects are strong and I believe the shows I worked on brought affirmation to the game of chess. Particularly interesting show was produced on TV Politika, when among other features, I interviewed celebrities who played chess and had hidden passion for the game.

Chessdom: As you teach Marketing at University, I think that you are the right person to answer couple of difficult questions. Do you agree with Susan Polgar that chess in general, as well as live matches, and with adequate commentary and editing, may become attractive for the wide TV audience?

Alisa Maric: Chess indeed can be interesting for TV audience in many ways and one of them is certainly live games broadcast. I remember an extraordinary show that was made by Daniel King, an English Grandmaster, on a World Cup in Dubai in 2002. You’ve got an ideal situation when one person is chess player and professional TV reporter at the same time. The electronic media have to work out and understand the inner dynamic of chess in order to make it more interesting. Therefore, TV needs the assistance of a chess player who can be an entertainer at the same time.

Chessdom: Chess is very often shown in advertisements and films, especially when producers want to underline the intellectual of the characters. How to use this fact for real chess promotion, instead of being “just a decoration”? Why aren’t the chess players better treated in the media?

Alisa Maric: Each appearance, even as “decoration”, is promotion at the same time. We should insist on working with advertisers and agencies, offer the ready product and make campaigns with chess topics and famous chess players. We should present all the positive characteristics of chess to the potential clients. Some of them are self-confidence, discipline, thoughtfulness, making the right decision, lifestyle, cleverness. If, for example, a certain company built its image on the intellectual association with chess, the doors are open for a further co-operation with chess institutions.

Chess players are quite introspective and are not very fond on public appearance. The audience is not only interested in the aspect of the game, but they want to know more. They want to hear the stories. There is also a stereotype that chess is a hard game and that it is not for ordinary people. Tennis is also a hard game and still everybody likes to watch the play. 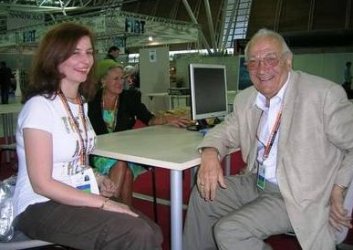 Chessdom: Not long ago you were one of the lecturers at the first meeting about chess marketing which was held in Greece. However, we lack information from this meeting. Can you tell us something about the themes you discussed there and what decisions you made?

Alisa Maric: It was for the first time that chess marketing was approached in a professional way, and I think it is a very important step. In my speech, I set theoretical basis for this marketing field, emphasizing that application of the scientific axioms will save us from lots of wandering. The seminar saw presentation of many extraordinary works in specific marketing areas. I would like to highlight the scientific approach in the work of Albert Vasse, founder of DGT Project. The complete material from the seminar was of a public character but I am not informed whether the material was published on the Internet. My personal conclusion was that global chess marketing should be approached with a thoroughly prepared plan.

I would like to see an informative chess portal that is up to date in every moment. Imagine something like chess CNN or BBC.

Chessdom: What is the potential of the Internet for chess promotion?

Alisa Maric: Internet is like born for chess. There are countless possibilities which can often be quite revolutionary. We already enjoy in online play and live games broadcast. All this makes chess more popular and attracts new audience every day.

Chessdom: Do you have any concrete suggestions?

Alisa Maric: The functionality and design are basic for success on the Internet. Improving the already existing solutions can bring a lot. There is no lack of ideas, portals like Playchess and Chessclub were launched for online play, but as time passes by, they introduce more and more possibilities. We should insist on live games broadcast. Only the biggest events are being broadcasted at the moment, but it should become a rule to broadcast all the international tournaments. 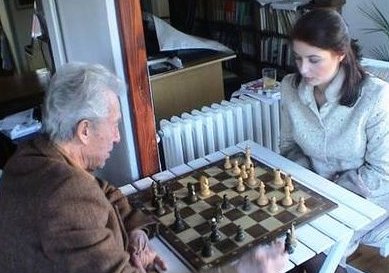 Chessdom: What is your opinion about the existing chess internet portals and clubs? Should anything be changed?

Alisa Maric: I would like to see an informative chess portal that is up to date in every moment. Imagine something like chess CNN or BBC. It certainly demands a professional organization and a wide net of correspondents but it is not impossible. If we view ChessBase as an illustrated magazine, the missing part is a form of all-round daily newspaper with current information. In elementary sense we have TWIC, and your website is on good road to fill a big informative vacancy.

Chessdom: Are you familiar with the activities of Susan Polgar and Paul Truong?

Alisa Maric: Their work is of huge importance for chess popularization, especially in America. They should be credited for the acceptance and positive image of chess in education and their activity is bringing attention of mass media, scientific institutions, and even certain glamour by including celebrities. The Internet blog, maintained by both of them, has promoted interactivity by offering the possibility of discussion on every given subject. I think their work should be strongly supported, and personally, I admire Susan Polgar’s energy.

Chessdom: Is it possible to restore the tradition of big tournaments in Belgrade?

Alisa Maric: Vladimir Kramnik said recently that in Belgrade he got the loudest applauses ever. Of course, not only him, the other world stars won’t forget that in each round there used to be up to 2000 people in the hall. Belgrade is the only place in the world capable of this. The question is to be answered by our chess organization, which should initiate these tournaments. Sponsors should be presented with the success of earlier events and they should be told about the possibility of enormous publicity carried away with such tournament.