Frederic Sellier: Hi Anna, can you introduce yourself to our French readers?

Anna Rudolf: My name is Anna Rudolf, I was born on 12 November 1987 in Miskolc, Hungary. I’m currently a student at the University of Pécs (Hungary), Faculty of Humanities. I study English as major, and Russian and Finnish as additional languages.

Frederic Sellier: When and how did you learn chess?

Anna Rudolf: I can’t remember, but it is said that I’d learnt to play chess when I was about 3 years old. My father (a candidate master of original chess, former world champion of hexagonal chess) loved the game and there was always a chess set around. So me and my sister (she is 1 year younger than me) often “played” on it: just pushing the pieces whereever we wanted to. But there was a very tempting computer game, called Battle Chess which we also wanted to play, but as you can’t just move anything against a computer… well, we had to learn the rules. And so this is how it started

I’ve been playing on chess tournaments since I was 8.

Frederic Sellier: What is the best memory from your career as chess player?

Anna Rudolf: My kindest memory of chess is a quite recent one: my performance on the Vandoeuvre Open in December 2007. Except for the last round’s happenings, it was really great, the best tournament of my life so far.

Frederic Sellier: What other chess achievements of yours are worth mentioning?

Anna Rudolf: I became Hungarian champion several times (firstly U12, then U14, U16 and U20). Playing for the Hungarian team I was the best scorer amongst all girl players on the U18 European Team Championship (and that’s how I landed in the club Vandoeuvre;). I finished 10th on the U12 World Championship, then 8th at the U16 girls and 5-8th on the U20 World Championship. I should get my WGM title on the next FIDE Congress, thanks to acheiving my 3rd WGM-norm at the Vandoeuvre Open (also a man IM norm I made there).

Frederic Sellier: Who is your favorite player? And favorite female player?

Frederic Sellier: What is your main character trait? And your principal weakness?

Anna Rudolf: I’m said to be a cheerful girl who loves smiling and laughing. Usually I’m friendly and nice to people (at least they say so

. My main strength is my enthusiasm and willpower, I think. I want to be the best in everything I do, and I’m stubborn enough not to give up.

I’m quite sensitive by nature, small things can bring a huge smile to my face but also the opposite: I get hurt easily. This is my principal defect, I think.

Frederic Sellier: How would you best define your chess style?

Anna Rudolf: I’m trying to reach a reasonable position in my games, which I can build further, better, by tiny little steps and active play. As a friend of mine said, I’m an “active positional”.

Frederic Sellier: How many hours daily you devote to chess study?

Anna Rudolf: It depends. On a somewhat busy university day let’s say about 2-3 hours, when I have more free time about 5-6 hours a day.

Frederic Sellier: What is your most memorable game?

Anna Rudolf: It’s my game against GM Christian Bauer (sorry, Christian!). Beating a +2600 GM is pretty memorable in itself, too, but playing against Christian was even more memorable for me, as I appreciate him as a player and a person, too.

Frederic Sellier: Do you have another hobby?

Anna Rudolf: I used to be in a folklore dance group, play on the flute, sing in a choir and take part of art competitions. “Used to” I say because as chess started to take more and more free time of mine, I had to give up my other hobbies. I’m still keen on music and arts, though. I also love travelling, meeting new people and cultures and taking photos. Learning foreign languages is a hobby of mine, too. Amongst sports I like swimming, riding a bike, and playing table tennis. (And I would mention yoga, too, if it was a sport.)

Frederic Sellier: What are your plans for the future?

Anna Rudolf: In February, I will play in Cappelle la Grande, and I hope to meet again this year in the French Women’s League my “nice” team of Vandoeuvre, my “nice” teammates Fiona, Mathilde and Rebecca, and my “nice” captain Vincent.

In the future, I would like to become a member of the Hungarian Olympic Team and achieve the man IM title, at least. Also, I should get married to a 2650-2700 GM soon and raise world champion children 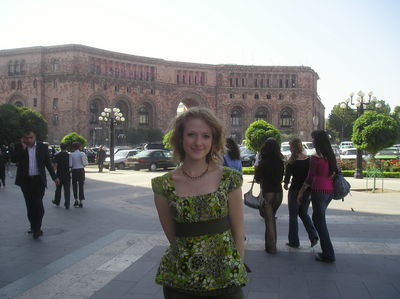 The next tournament of Anna Rudolf is Cappelle La Grande 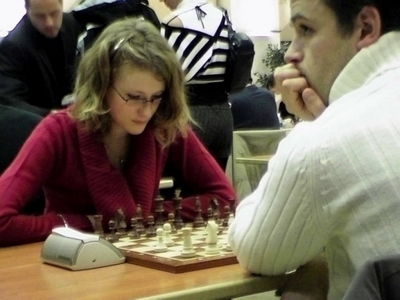 Anna in her game against GM Christian Bauer 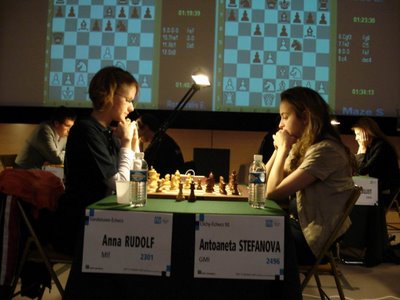