The FIDE President Kirsan Ilymzhinov announced at the opening ceremony of the Topalov – Kamsky match that Kabardino Balkaria will host a stage of the Grand Prix. The information has been confirmed by Arsen Kanokov in an interview for Rosiiskaia Gazeta.

“Nalchik is a lucky city, it is where the chess crown returned to Russia,” said for Rusiiskaia Gazeta Arsen Kanokov. “When we negotiated with FIDE about the Women World Chess Championship we agreed that Kabardino Balkaria will be considered for the Grand Prixas well. Now we are not going to turn away from our promisses. And the reasons are not only moral, the advantage of organizing such an event is out of question. First of all for the young generation and second, this is an important step of promoting North Caucasus. The financial crisis is not a problem, on the contrary, such actions are needed as people in the region will feel stronger and more confident and potential investors will realize everything is in order.” 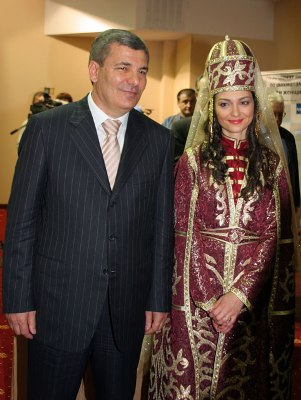