One of the most perspective Hungarian juniors

Hungary is ceaseless source of the chess talents. From Geza Maroczy, Lajosh Portisch, Gyula Sax to Judit Polgar, Peter Leko and nowadays couple of outstanding juniors. One of the most perspective among them is 20-years old GM Csaba Balogh, who has kindly accepted an email interview with Chessdom.

Csaba Balogh earned his IM title in 2002 and already on 2004 he was recognized as Grandmaster. He was U-16 European Individual Champion (Budva 2003), member of the national team that won both U-16 World Team Championship (Denizli 2003) and U-18 European Team Championship (Balatonlelle 2003). On 2005 he played the European Championship in Warsaw and qualified for the KO World Cup in Khanty Mansiysk, where he eliminated Sergey Karjakin in the first round. On 2006 he finished 2nd in the Hungarian Championship but won both Hungarian Rapid and Blitz Championship. The same year he’s playing European Championship in Kusadasi and qualifies again for the World Cup in Khanty Mansiysk, which will take place in November. Csaba played at the 2006 Chess Olympiad in Turin where Hungary finished excellent 5th and is set to represent his country at the incoming European Team Championship on Crete. 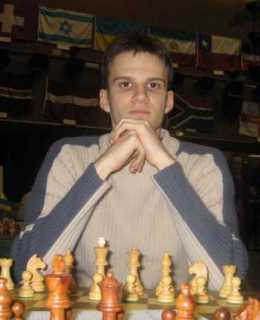 Chessdom: Can you tell us how you started playing chess, what has got you attracted to the game?

Csaba Balogh: I learned the moves from my father, when I was 8 years old. One year later in Budaörs (in the city where I live) started a chess training with IM Böröcz István, who became my first coach. He had a very nice style in chess, which impressed me.

Chessdom: Recently you were invited to play two strong tournaments – 4th Sanjin Hotel Cup and Gyorgy Marx Memorial. Tell us about your experience from these events? What are the main impressions?

Csaba Balogh: Both tournaments were very strong , tough and well organized. The players were also fighting but the main idea was, that in Tayuan it was not allowed to offer draw before move 30, and in Paks before move 40. I really liked these systems, I think this would be a good way to follow for the organizers in the future. It is easy to see the result, that in Paks from the 30 games there were only 13 draws, which is really rare between similar players with almost 2600 average rating.

Chessdom: How many hours daily you devote to chess study? Do you work with a trainer or on your own? Which software is necessary for the top preparation?

Csaba Balogh: I usually study chess 6-8 hours daily. If I can work with coach or training-partner, then I do it with them, but if they are all busy, then I can work alone seriously as well. It is not a problem for me. I think recently it is necessary for everybody to have Rybka during the preparation. 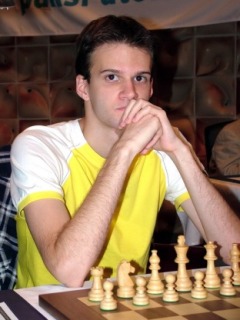 Chessdom: Hungary never lacked in great chess talents. Can you tell us something about the national chess development?

Csaba Balogh: This year Hungarian Chess Federation established the Maróczy Géza Chess School, which works quite intensively with our greatest talents in the age between 8-14. We have very good professional coaches also for the players who already passed a level, lets say reached more than 2400 ratings. For the young players, there were always some great GMs to see them as an idol. Earlier Portisch, Ribli, Sax, now Lékó, Polgár, Almási.

Chessdom: European Team Championship is starting later this month. What are the expectations in Hungary?

Csaba Balogh: Unfortunately Lékó and Polgár will not play for us. We will have only a bit more than 2600 average, with which we can only fight for being in top 10, because the teams are really strong.

Chessdom: Which learning method would you suggest to young aspiring players?

Csaba Balogh: I agree with many great masters from the past, who said that it is very important to know and to play well the endgames. In my opinion, to solve combinations is also very important. 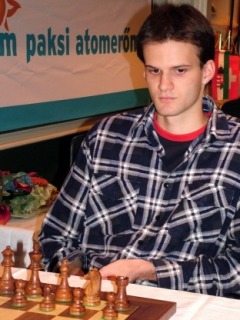 Chessdom: What are your plans in the near future?

Chessdom: What is your most memorable game?

Recently, I really liked the game how I managed to beat Viktor Korchnoi in Paks. It was a really tough and good game with many complications.

Chessdom: Thank you for your time. We wish you all the best in your future career.