Eduardas is currently active in chess clubs in France, Germany, Poland, Austria, Israel and Greece. He defended Lithuanian colors on seven Chess Olympiads and five European Team Championships. We met him during the last one that took place in October on Crete. 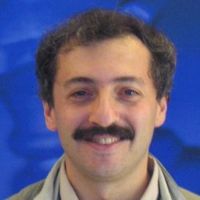 Chessdom: Hello Eduardas, once again congratulations for your fantastic win in Augsburg. Can you tell us more about this event? What are your impressions?

Eduardas Rozentalis: Thank you very much! It was a traditional tournament and three years ago I was also
a lucky winner. This time, the organizer tried to invite all the same players. Unfortunately, Ian Rogers finished his carrier as a player and another two people couldn’t attend the event. But as a full compensation, Suat Atalik’s wife, IM Ekaterina Atalik (2006 Champion of Europe), took part in the tournament and gave a simul to the members of Kriegshaber club.

The organizer Johannes Pitl put a lot of energy and soul in this tournament. The Mayor of Augsburg Dr. Paul Wengert took the patronage of the event. He invited all the participants and organizers for the reception in the famous historical City Hall of Augsburg and also took part in the closing evening. All together, it was a very well organised tournament conducted in a very friendly, though combative mood. I do hope it was not my last visit to this lovely city. May be three years later, again?!

Chessdom: You are big advocate of Exchange Ruy Lopez and Alapin Sicilian (2.c3), practically brining these lines back in life in the early 90′s. How do you feel about this fact? What made you to consistently trust in these lines?

Eduardas Rozentalis: That’s right, it’s really difficult to achieve anything in these openings now, when they have been deeply analised and everybody can find information in his computer or book. But I still believe they lead to the playable positions. Frankly, may be I am too lazy to prepare something else… 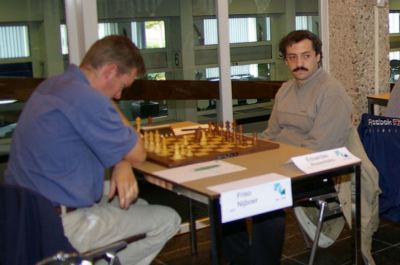 Chessdom: What has got you attracted to chess, how did you start playing?

Eduardas Rozentalis: Both my parents played chess, my mother was twice champion of Lithuania 1962 and 1964, my father was a member of Lithuanian Youth squad. So practically I had no choice and at the age of 7 years old I learnt it at home, later also started to attend Chess School in Vilnius.

Chessdom: How would you best define your chess style?

In spite of all the difficulties, everything depends on the professional player – play better and you will have more possibilities and invitations!

Chessdom: Basketball is very popular in Lithuania. What about chess? Can you tell us more about the developments in your country?

Eduardas Rozentalis: Yes, basketball in Lithuania is like football in Brazil. Every kid and adult is a good player, except of yours truly. Chess is not so popular, but many people know how to play and many pupils attend chess schools. Some of them still play during their college years, but later choose financially safe professions; especially with a European integration of Lithuania, there are so many possibilities to study, work and make carrier in different fields.

Chessdom: What are your plans in the near future?

Eduardas Rozentalis: Simply to go on with playing tournaments and team competitions in different countries. My first tournament will be Cappelle la Grande.

Chessdom: What is your most memorable game?

Eduardas Rozentalis: Probably my game against Ivanchuk from Manila Olympiad 1992. It was a first Olympiad for myself and my country, very inspiring event. It was a memorable victory against such a strong player in spite of the existence of one moment when my play could have been refuted.

Chessdom: Thank you for your time. We wish you all the best in your future career.

Eduardas Rozentalis: Thanks a lot and good luck with your website, probably one of the best and most informative about chess.