Winner of the Chigorin Memorial interviewed by IM Alexander Ipatov

Alexander Ipatov – What are your highest achievements in chess?

Eltaj Safarli – I am many times Champion and medalist of the European and World Youth Chess Championships. I was also the winner of the international tournaments like Hoogeven 2007, shared Benasque 2010, Chigorin Memorial 2010. The Champion of the Higher League of Azerbaijan 2010.

A.I. – How do you prepare? Do you have sparring-partners, coaches? How many hours do you train daily?

E.S. – According to the intensive tournament schedule, I am not able to work on all components of chess play, but after finishing the Chigorin Memorial I will have more time for deeper study. My sparring partner and friend is Djakhangir Agaragimov. 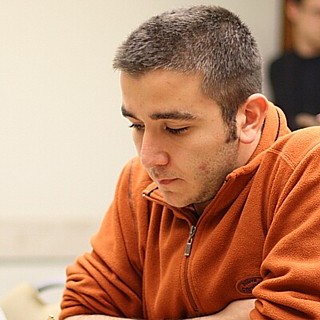 Eltaj Safarli at the Chigorin Memorial

A.I. – What is chess for you? A profession, hobby, art or passion?

E.S. – For me chess is a profession and art.

A.I. – What is your opinion about the organization of the 2010 Chigorin Memorial?

E.S. – I’d like to say a “big thanks” to the organizers of the Chigorin Memorial, WGM Irina Sudakova and Mr.Vladimir Bykov. The organization of the event was on the top level.

A.I. – What are your next tournaments?

E.S. – In the forthcoming events, probably, I will take participation in Bansko Grand Chess Open 2010. 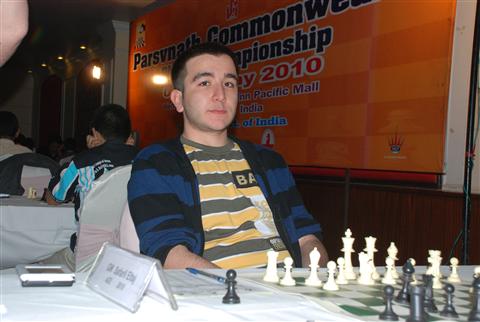 Eltaj Safarli at the tournament in India

A.I. – You are playing for one of the strongest European clubs – “Socar”. Can you give us insights about your club? What goals did the Board of Directors set in front of the players?

E.S. – The Chess Club “Socar” was formed earlier this year. My club was playing for the first time in the European Club Championship. “Socar” is very ambitious, and although we didn’t win this year’s ECC, I am certain that next time we will take a medal in that event. I am very grateful to the Vice-President of the Azerbaijan Chess Federation and the Manager of “Socar” Mr.Mahir Mamedov for establishing such a great club.

A.I. – At the recently finished Chess Olympiad in Khanty-Mansiysk you were playing for the National Team of Azerbaijan. Tell us about your and team’s performance there.

E.S. – In the Chess Olympiad our team and myself didn’t have enough luck but again I hope that on the next Olympiad we will be among the medalists.