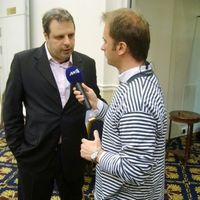 Theodoros Tsorbatzoglou, individual candidate for board member at the ECU elections, presented his future program in a talk with Chessdom.com. He is coming with direct solutions how to enhance the popularity and professionalism of the European Chess Union, with true understanding about the European chess player needs, and with direct ideas how to bring chess closer to the Olympic family.

ECU elections will take place in Khanty Mansiysk during the World Chess Olympiad 2010. What is the main point of your candidacy as individual board member?

I believe that ECU is an organization which is developing step by step and is trying to find its placement in the sports market, thus it should be guided by a long term marketing plan. Following hard and professional work by the board members, The sports’ sponsors will come to invest in chess only after we can ensure them that ECU is backed by hardworking and professional team, which can ensure additional value and benefit for their products and businesses – both socially and financially. I don’t believe in the money which is coming suddenly from the sky.

As an International Sports Organization we have both social and commercial mission and we are obliged to check the source and the motives of the all resources. It is important to keep our values and enhance the promotion of the great educational assets of our sport.

What are the member federations awaiting from the next ECU board?

I can tell you what the chess member federations are not awaiting from the ECU after the elections during the World Chess Olympiad in Khanty Mansiysk. First of all ECU Board is not meant for traveling, sightseeing, and delicious dinners. The members should be there to invest their energy, fantasy, new ideas, and fair decisions. Second, any elected member cannot have any professional position, or have current position in FIDE or National Federations that could be contradictory to his ECU position. For example elected members during their term cannot be arbiters in ECU events, cannot bid for ECU events, cannot compete professionally, and should not be managers of players because they represent all players.

I am coming with this proposal to Ganeral Assembly and I will ask from the twenty two candidates to sign it as memorandum before the elections! This way we can make a clear start and work on new statutes of the ECU.

So your candidacy is coming with multiple ideas. What are the first things you will propose to Board if you are be elected?

Being so many years part of professional sports organizations and having seen all levels of the market, there are indeed multiple ideas that need to be employed. However, some of them are of great importance and should be a fact as soon as possible.

A. Guidelines for all of our actions. We must stop deciding according political pressures, according to who is our friend. If we want to build a serious administration we should describe what our needs are and follow them strictly. This is how ECU should be a respectful organization, based not om personal relations, but ideas and professionalism.

B. Special rules and guidelines against Nationalism and Racism. Such appear in all professional Sports Federations and we have to act accordingly.

C. Change of statutes describing the incompatibility functions for ECU Board members (as explained earlier).

D. Signing of agreement with a major Sports Fashion Company. The dress code in major chess events will bring us closer to the Olympic family. Moreover, it will bring additional income for organizations and top players. I have already made the first talks with companies and am ready to present them.

E. Co-operation with GREENPEACE and WWF. Environmental policy becomes a major issue in the modern world. My proposal is in all ECU youth events to be an environmental presentation for the young people, thus contributing to the development of a environmental responsibility. I have done first steps on this during a recent chess event in Thessaloniki.

Read a recent article about ECU in focus by Theodoros Tsorbatzoglou here. 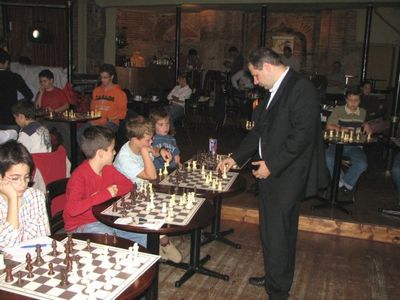 You mentioned several necesities for chess to be part of Olympic Games. Do you see this in the future?

The biggest bet for chess are the Olympic Games. However, the key are the Winter Olympic Games! Their popularity is 20% compared to the Summer Olympic Games, yet the games are equally important in the Olympic family. Imagine what will be the results for countries like India and China (for example) if Chess enters the Winter Olympics – their popularity will be doubled and the games will have television rights access in a larger spectrum of countries. This should be elaborated in a case study of the Marketing Department of the seven main Olympic Sponsors.

ECU is an organization depending on the global processes in Europe. How you see the general situation in the continent?

Let’s be honest, Europe is in a deep financial crisis, but even more in a social crisis. There is disappointment around with the politics and the insecurity for the future. I have always been a supporter a united and federal Europe – from Gibraltar to the Urals. A Europe with a central policy which will focuses on the needs of the people and the countries, just the one ECU should also apply.

How will FIDE elections effect the ECU elections?

FIDE is the main international chess sports organization and the elections in FIDE affect all the Chess World. It is normal everybody to have his opinion or to declare his support to candidates or programs. We have ECU elections, yet many people mix both and support the one or the other candidate for FIDE. What I want to say is that to be a supporter is not a positive administration qualification for a future ECU Board member. ECU need leaders and decision makers, not followers and clappers.

Why should the delegates to vote for you?

I have performed all the main chess and sports management roles. Having participated in sports administration (in chess, volleyball, basketball) gives me a wider picture of a sports market and a deeper view on how chess should be placed in a competitive and demanding environment. My experience in European Union projects (one part of my professional activities) gave me the opportunity to understand better the European history, culture, and local characteristics. I would also add that for me there are no west or east (politically) chess players, there are no big or small countries. In my eyes there are people with the same needs, dreams, equal rights, sharing their love for chess and life.