Candidate for Continental President of America 2010 – 2014 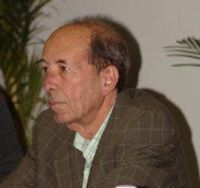 Mr. Jorge Vega is Candidate for Continental President of America 2010 – 2014. He gave an extensive interview on the elections situation in America and in FIDE and also announced his ticket for the presidency.

Q: What are the elections in the International Chess Federation? Who will face in the presidency of FIDE? How do you see the possibilities of each one?

Jorge Vega: Every four years coinciding with the World Chess Olympiad there are ratified or rectified the Nominees or Candidates for the Presidential Board and consequently, the Continental Bureaus of the four areas comprising the FIDE.

So far there are two candidates, the current President, Mr. Kirsan Ilyumzhinov and the aspiring GM Anatoly Karpov.

Q: How do you see the possibilities of each one?

JV: Although there are left three months to the election it is shaping up as a decisive victory for Mr. Ilumzjinov, at the time being 50 Federations openly support Mr. Ilumzjinov and only 22 Mr. Karpov

The experience gained in the conduct of the National European Federations has always been anti-Ilyumzhinov, therefore, it is expected that Karpov will win at a rate of 4-3, but in Asia, Africa and America there the domain of Ilyumzhinov will be 3-1, enough to win a total of about 100 votes of 174 national federations members of FIDE.

Q: Do candidates form teams for the election campaign?

JV: No, you have to differentiate the history of both as players, which is undeniable, from their political activity that has large gaps. The campaign in itself is difficult for them because they have to fight what was been done by Ilyumzhinov while they only make campaign promises hard to fulfill.

Q: How do you see the specific situation in America?

JV: Very difficult for Karpov although his team has concentrated on promoting his candidacy in the area, its convening power to date has been virtually invalid, they organized recently a meeting in San Juan, Puerto Rico, where they invited Presidents of the Federations of the Caribbean but no one attended, they also called a meeting in Lima where it was supposed to be attended by the Presidents of South America, result nobody came and moreover after the meeting the Peru Federation came openly on Ilyumzhinov´s favour; according to this fact we are seeing a sign of how things will turn out.

At present, 15 National Federations have expressed open support for Ilyumzhinov while only four have done it for Karpov. The first has virtually done any campaign in America while Karpov has done his best here without result. This is also an indication of what will happen.

Q: Central America was an Ilyumzhinov stronghold and now it is divided.

JV: It does not influence and also enters on the campaign’s predictions, since his election it was well known that the President of El Salvador was very hostile to Ilyumzhinov and on Nicaragua there were serious doubts, the only surprise was Honduras who switched sides after expressing his support to Ilyumzhinov in written form, but this is compensated by the support of Federations that in 2006 backed up the candidacy of Bessel Kok

Q: When did you decide to seek reelection to the Presidency of America?

JV: What convinced me was the statement of modifying the scheme of votes in FIDE announced by Ilyumzhinov’s opponents by giving preference to strong federations on discrimination marked towards small Federations, after checking the negative effect of this statement, Karpov’s group tried to amend it but the letters remain. Another decisive factor is the personal investment made by Ilyumzhinov in favor of chess while the others have not done anything concrete, just mere promises.

Q: Do you think the recent announcement of Mr. Ilyumzhinov to establish over a five-year cycle, an event designed to promote talent in the CACDEC American Federations, and a Latin-American Cup with an annual contribution of USD 100,000 financed personally by him will influence the outcome of the vote?

JV: You have to analyze it from two points, the first since the technical side is an initiative which undoubtedly will promote chess in the continent and especially in Central America and the Caribbean, it will also create an opportunity in Latin America to have a stable event of high-level chess players. The second point, the political aspect, it is a hard blow to the campaign promises of opponents, who have never offered anything like this. We should just simply compare the “I do” with the “I’m going to do.” The initiative of Memorial Campomanes in Asia and events in Latin America, speaking in boxing terms would imply “a count of protection” for Ilyumzhinov opponents.

Q: Turning to the election in America you have won twice the presidency by acclamation, do you expect an opponent this time?

JV: It’s boring wining by default, not worth for rating as well, so I hope and desire it would be an opponent, but so far there is nothing concrete, just rumors.

Q: But it is mentioned that Mr. Marvin Guevara from El Salvador will face you with the support of Karpov.

JV: We shall see, but I do not think so, I imagine that Karpov´s team will try to find a leading candidate, not with the idea of victory but to distract my time in America and so to prevent me to go to Africa to support Ilyumzhinov, Guevara would leave me free hands with his inexperience, his null international activity and the cancellation of the Absolute Continental that he made in 2009 which badly affected all Central America, thus it affects his sport reputation and credibility.