The interview with Lilit Mkrtchian (Armenia, 2436) took place on Friday, September 5th, after her win in the second game against Harika Dronavalli.

Q: Hello Lilit, congratulations on qualifying to the next round. How does it feel to be among the eight best players in the world?

A: I am very happy! I still don’t know what to say, because yesterday (1st game Harika-Mkrtchian) I was in a very bad position and I thought I would lose. I was a pawn down with little time on the clock, and I thought, okay, what will I play in the next game. There were some chances as I was trying to trade the pawns, my opponent also made some mistakes, and the game was eventually drawn. 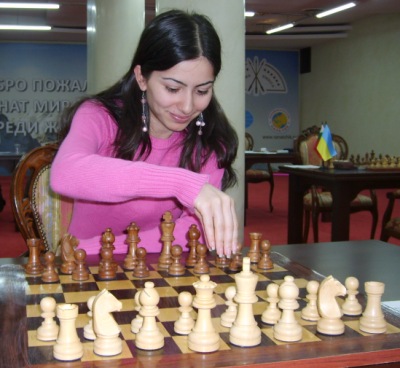 A: Yes! Yesterday actually, today no. Yesterday she played very fast and very strong! I thought, my God, what is happening? I play a move after a long calculation, and she just comes to the table, and bang, moves immediately.

- But today, I used a variation that I never play, and I think I surprised her, because she didn’t play the best moves in the opening and I seized the advantage. On two occasions, I have also missed better moves in the middlegame. At one point I moved, and the same moment I realized that I could have sacrificed the exchange to devastating effect.

- Okay, I was two pawns ahead, but my King was somewhat weak. Harika again started to move fast because I was in time trouble and committed more mistakes. The endgame was winning, I am two pawns ahead and her King is stuck.

Q: Yesterday I saw a discussion that you had with the arbiter about pieces color.

A: O, yes (laughing). I thought the player with higher rating changes her pieces color in the next round. I counted, Sebag didn’t come, so Gasik takes her color and I take this color from Gasik (it is complicated as it sounds – ed.note). I was preparing for White and then arrived to the playing hall to learn that I am Black.

- The problem is that, thinking that I am White, I prepared myself (clenching fists) to attack and play for a win. But with Black, that was shock, I had to switch my mood and play differently. Psychologically, this confusion reflected very bad on me. 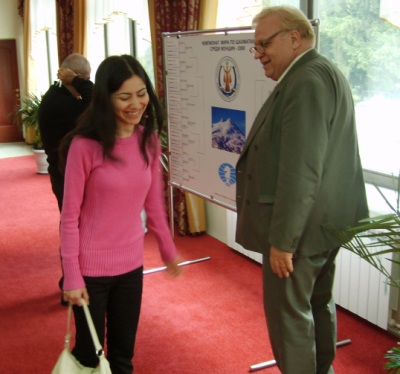 Q: And at what point have you decided to play Queen’s Gambit?

A: No, this is my regular opening. And for today, I didn’t have to prepare at all, I had all my lines worked out (laughing).

Q: You don’t have to play tiebreaks. How did you plan to use the rest day?

A: Oh, I will just rest and walk through those beautiful parks.

Q: But you will make sure to ask arbiter Zsuzsa Veroci about the colors?

A: (laughing) Definitely! I will ask two-three times, to make sure there are no mistakes.