Mikhail Mozharov in conversation with Alexander Ipatov during Chigorin Memorial 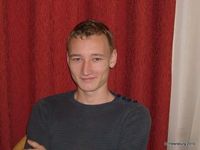 Alexander Ipatov : Here we are with IM Mikhail Mozharov, one of the most
talented juniors in Russia, who is participating at the Chigorin Memorial. At which age did you start playing chess and what are your main achievements in chess?

Mikhail Mozharov : I started playing chess at the age of 7. My main successes were: the 2nd place in Russian Rapid Chess Championship U16 in 2006, the 3rd in Russian Rapid Chess Championship U18
in 2008, winner of the Children Team Champion of Russia 2006 with the team of Nizhni
Novgorod,the 1st board, shared the 3rd place in the World School Championship
U16 in 2005 in Greece. In non-junior chess I don’t have so many achievements like in
children competitions, but I have performed well in some of them, like sharing 1-2 place in Vladimir
open 2010 (the Stage of Russia Cup).


Alexander Ipatov : Quite an impressive run so for. For which club are you playing now?

Mikhail Mozharov : I finished the Petrosian chess school (famous graduates of this club are
Alexander Morozevich and Sergei Grigoriants). Now I’m playing for Chess
Club “Mephi”. I will be trying to help the club in Russian High League in Dagomys 2011. The
manager of “Mephi” is Mr. Vladimir Kravchenko, he is making a lot for the development
of our club.


Alexander Ipatov : How are you working on chess? Who are your seconds and coaches?

Mikhail Mozharov : I am working on chess with Nikolay Chepel (my best
friend) and GM Ivan Popov. My consultant is the famous chess coach Alexander
Nikitin (ex-trainer of Karpov, Kasparov, etc).


Alexander Ipatov : What do you think about the organization of the Chigorin Memorial?

Mikhail Mozharov : I’m playing in the Chigorin Memorial the first time.The
Organization Committee has offered three options with accommodation:
Hotel “Moscow”, Hotel “Saint-Petersburg”, and Hotel “FINEC”, all of them are
very good. In general, my friend Nikolay Chepel (in the first round he brought a
sensation beating GM Kryakvin) and me want to say a big “thanks” to WGM Irina
Sudakova for the excellent conditions that she has provided.We are enjoying the
tournament!


Alexander Ipatov : What are your following tournaments?

Mikhail Mozharov : My next tournament will be the Final Cup of Russia in Belgorod. It will start
immediately after the Chigorin Memorial.