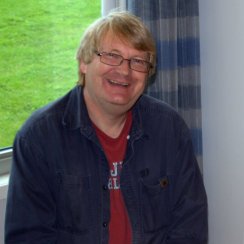 On the last day of April, Morten Sand, the international advisor for the bid organizing committee, submitted an application to host the 41st Chess Olympiad on behalf of the northern Norwegian city of Tromsø. This act marked over three years of preparation by the group, which has combined chess and Olympic Winter Games organizers with experts from Norwegian business in an effort to bring the event to the city.

During this time Tromsø has gathered experience and goodwill through their Arctic Chess Challenge, and gathered political backing thanks to the national pride generated by the stunning results of teenager Magnus Carlsen. Norway’s bid has already secured the financial support of the country’s government, which also hopes that staging the event will spotlight the far north that they claim is a priority region for the future.

Sand, a former FIDE Vice President and legal advisor to FIDE, talked about the methodical campaign to try to land this prestigious event in northern Norway.

“I have to say that I am pleased to have just submitted the Tromsø bid in Athens. We are proud of the work we have done, and after three years of effort we believe we have a very strong bid for the chess Olympiad. A great deal of care has gone into the preparation, and we have all the necessary ingredients for a successful Olympiad.”

The Arctic Chess Challenge certainly seems to have charmed those who have made the trip to play there, but can a city like Tromsø really stage an event of Olympic scope?

“Absolutely! One of our arguments is that Tromsø is a ‘small large city’ – and a metropolis is not a necessity for a memorable Olympiad. Tromsø has everything a big city can offer – if on a smaller scale – and with 10,000 university students out of a population of 75,000, it also has a lively pulse.”

“In August, which is the optimal time slot for the Tromsø bid, the weather is mild, and the city has typically ‘exotic’ Norwegian features – beautiful unspoiled natural scenery, and a diverse cultural setting, with a major hosting role to be played by the indigenous Sami. The region is also noted in Norway for its good-natured hospitality, so the public will be as welcoming as the organizers.”

“And the organization has full backing at every level – the City of Tromsø, the northern region and the national government. The Ministry of Sport and Culture has approved a grant of NOK 70 million – about EUR 8.8 million at the current exchange rate – which is an extremely reassuring vote of confidence. And since Norway has a majority government, this support is rock solid. A lot of people have done a lot of work to make this happen – we are ready!”

While the Norwegian application process has clearly been thorough and patient, the organizing team still faces a tough struggle to land the event, with a demanding political and diplomatic fight still ahead to secure enough support from FIDE nation members. Arguably, navigating FIDE politics may be the hardest part of the process, with this congress being a presidential election year as well?

“The FIDE election process and the bidding for the Olympiad are two completely different issues and should not be mixed. It is extremely important for Tromsø’s candidacy – and for me personally – to remain absolutely neutral when it comes to the presidential elections. This is only logical.”

“We want to host the Olympiad in 2014 regardless of the outcome of this year’s elections, and this requires a good, equal and untroubled relationship with all possible candidates. Taking sides would obviously be counter-productive for anyone involved with the Tromsø bid, and we are a closely knit team.”

Finally – coming this far is a real accomplishment for the Tromsø organization, but what kind of chance do you think the bid has for ultimate success?

“I think our chances are good. Only two bids were received within the deadline set by FIDE – Tromsø and Varna, Bulgaria. Since Varna has staged the Chess Olympiad before, in 1962, we think Tromsø should have excellent chances.”

Interview by Jonathan Tisdall, for the Norwegian Chess Federation/Norsk Sjakkblad.