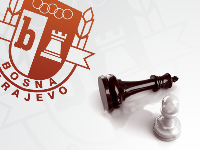 The 41st Bosna Chess Tournament is set to take place from 3rd to 12th May at the Grand hotel “Bristol” in Sarajevo, BIH. The tournament is once again of the Open format, with nine rounds of Swiss pairings. On free day, 7th May 2011, “International Championship in Blitz chess” will be organized.

The Tournament Director, famous Grandmaster Predrag Nikolic, has kindly agreed to answer a couple of questions for Chessdom.com.

Predrag Nikolic: The very long tradition of chess tournaments in Sarajevo has seen some changes last year. This was for the first time that main event was not a round-robin tournament but instead a huge open chess tournament.

Of course, it would be nice to have a round-robin tournament as well, as Sarajevo hosted many leading players, including World Champions Kasparov, Spasky, Petrosian and Tal.

However, funds available are always limited and now I find that open-tournament formula suits much better the needs of young players in the region. Unfortunately, in Bosnia-Herzegovina at the moment we do not have young and strong players who can take part in leading round-robin tournaments. I hope that open tournament will help create more interest and give opportunity to our young players to develop quickly.

Chessdom: You have kept the Bilbao scoring system (3-1-0), and the ECU administration also proposed its implementation in the official competitions. Can you elaborate on the advantages of this system?

Predrag Nikolic: The very first Open 2010 has accepted experimental scoring system. It would be too soon to change that system after only one edition. As a new Tournament Director I believe that there must be several editions with one system before we can properly evaluate advantages and disadvantages of Bilbao system.

As you know, there is lively debate about possible changes that can create more interest and bring more sponsors in our game.

As a somewhat older player I have my opinion about changes. I remember days in early 1990′s when another talk about changes saw introduction of knock-out formula tournaments in chess, hoping that having clear winner in every round will raise more interest. That meant also rapid games, blitz games, sudden death and similar ideas.

But I also remember remarks of one of my colleagues who claimed that our predecessors had strong reasons when they decided that formula of the very first chess tournaments in 19th century was not suitable to chess and was replaced by all-play-all tournaments. Apparently, this system is not suitable to determine who is objectively the best.

This is also why I think that changes for the sake of changes, or changes that will increase chance are not good for chess. Chess is the most objective game of all, and I think that is a quality which deserves to be preserved.

Side effect of this objectivity means that many games should end as a draw. Problem is not a draw in itself, but how it is achieved. In that sense it would be nice if Bilbao system can help. 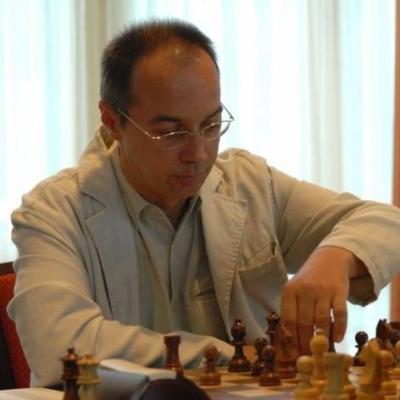 Chessdom: Sarajevo has an extraordinary tradition in hosting the prestigious chess events. How much can this fact assist you in finding support for the tournament, and how much can be a burden in the sense that you have to maintain and even improve on high standards?

Predrag Nikolic: In general, there is broad support for chess. We always count on support of Canton Sarajevo, Federation and Sarajevo municipality. However, it is never enough and our young and enthusiastic marketing team is working very hard to find sponsors.

Chessdom: What is the current response from the players? Is there an interest among those who participated in the last year’s Open?

Predrag Nikolic: There is a great interest about our tournament. Official registration is somewhat bellow our expectations, but it may be due to the small changes compared to 2010 tournament. Than there was a rather complicated system of registration fee which was changing by date of registration. This year we tried to simplify the system, with a flat fee. However, now there is no incentive to subscribe early, and it results in practically no entries from the region. Actual stand of registration you can follow on our web-site www.skbosna.ba.

Still, we believe that final number of the players will be close to last year tournament. Early entries would make our organizational work easier but we are ready also for certain number of late entries.

I would also like to say something about our formula. We decided to put almost all of available fund into the prize money, with very, very limited amount of money left for direct invitation. That makes us different from other Open tournaments where there is relatively high number of Grandmasters fighting for very limited prizes.

We offer serious prize money and those who take risks and win are handsomely rewarded. I believe that this may work as much better incentive than any Bilbao system, or similar inventions.