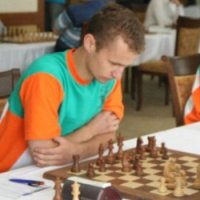 Belarusian Grandmaster Sergei Zhigalko finished second at the recent World Junior Championship after a close contest with the new champion Maxime Vachier-Lagrave. In an interview with Otkrity Shakhmaty he talked about his experience in Argentina. Excerpts bellow.

OS: What were your ambitions before the tournament?

Sergei Zhigalko: My ambition was to win. I carefully prepared for this tournament for almost a year, because it was my last World Junior Championship, and I wanted to achieve the best possible score. But nevertheless, I am pleased with my result. And speaking about Maxime Vachier-Lagrave, with whom I shared the 1st place in Argentina, ironically, in some sense “I repaid the debt” from the year 2003. Back then, when I became U14 World Champion, I also shared the 1st place … with Maxime, and then I had a half-point advantage in tiebreaks!

OS: Which game was the most difficult for you?

Sergei Zhigalko: It was the 12th round game against my good friend, with whom I even stayed at his home in Armenia, Avetik Grigoryan. He is an amazing person, fluent in Armenian, Russian, English and Spanish, always interesting to talk to and on any topic. The situation before our game was clear – Avetik needed a victory in order to fight for the top three. For me, on the other hand, any result other than defeat, would provide a place in the top three while heading into the final round of the tournament.

13 rounds makes for a very difficult race, and I think you understand how I wanted to secure the place in the leading group, so that in the last round I could safely, without risk, compete for the first place. All these thoughts kept me nervous, it was hard to get rid of them. But as soon as I sat down at the board – they were all gone, and I calmly played this game. Fortuna smiled at me – I won and secured one of the top two places with a round to go.

OS: And what happened in the last round?

Sergei Zhigalko: I couldn’t gain the victory. There are such games, when the pieces are being gradually exchanged and winning chances slowly diminish. It happened in my last game. In order to catch up with me, Maxime Vachier-Lagrave had to beat Dmitry Andreikin, who is a very tough opponent. Dima run into a highly questionable position after the opening, but after one inaccuracy from Maxime he equalised, and it looked like a draw was inevitable. However, Andreikin soon erred again, and the Frenchman immediately used this chance to win and take the Championship on additional criteria.

OS: How do you succeed in achieving such great results? Tell us something about your chess training.

Sergei Zhigalko: There was quite a long period after my win at the U14 World Championship in which I was somewhat unprofessional and, consequently, there were almost no good results, sometimes I even dropped with rating. Then at one point I realized that something has to change, and I started with serious training, including my brother Andrew, sometimes even with GM S. Azarov. But the main work is individual, and it is very important. One should be willing and able to work. It is bad and useless when you’re forced to.

This training was not easy for me, but I have been working according to this system for about two years and it is yielding results – the year 2009 was quite successful for me: a victory in the higher league of the Belarus Championship, winning the international tournament in Holland, the Turkish club championship, a solid result in Aeroflot Open and finally a medal from the World Junior Championship.