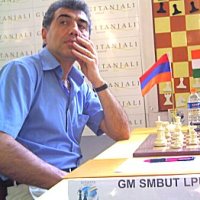 News-Armenia: How do you comment on the unsuccessful performance by the Armenian national team at World and European chess championships?

Smbat Lputian: Of course, we were not convincing, we were expecting more from our guys. They won two consecutive Chess Olympiads and it imposed a great burden of responsibility. If we fail, we have to identify the causes. We have analysed the situation and realised that there are problems.

Generally speaking, we were unable to reach the peak of psychological and physical readiness. I should mention that Gabriel Sargasian was not in very good shape during the World Championship, he became ill before the championship and had no time to recover. Experience shows that when he was in good condition, he brought a lot of points in the team tournaments.

In any case, I think we have solid base to work on, and that we are yet to achieve our best results. We must and we can expect more. I believe in future successes of our team, because I can see great potential in our players, and I am sure that they will cheer us up with their performances.

News-Armenia: Armenian chess championship was completed recently. Have you noticed some new players, which can strengthen the national team?

Smbat Lputian: As you know, the last member of the men’s and women’s national team of Armenia is determined by the results on the Armenian championship – the four best rated and the champion of Armenia make the team. This year the championship was attended by all candidates for the national team – Tigran Petrosian, Artashes Minasian, Zaven Andriasian, Avetik Grigorian, Hrant Melkonian.

We are very satisfied with the result of Avetik Grigorian, who scored 7.5 points from 9 possible, moreover he finished two points ahead of the second-placed player. I believe that Avetik will be a strong addition for the national team, if he conducts serious training to further raise the level, though I think that he is already very good player.

Anahit Kharatian does not have experience like Siranush Andriasian, who for many years played for the national team, so now we have a small problem. We have time until September to raise her level of knowledge. She still has a lot of work ahead, but her play already possesses a very good quality, she plays with great confidence, active attacks. 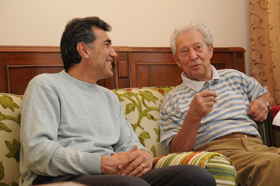 News-Armenia: Which teams will be Armenia’s main rivals at the Chess Olympiad in Khanty-Mansiysk?

Smbat Lputian: In my opinion, ten teams will compete for medals, and I don’t think there will be new teams to make surprises. Of course, Russia has always been one of the strongest, Ukraine is a very good team, China, the United States. India is quite active recently, Azerbaijan has a strong team. In addition, France and Israel can be seen as strong rivals.

Other teams can occasionally beat the favorites, like Greece won against us and Russia at the World Championship. The pure playing strength is not sufficient for the victory at the Olympiad, the team also has to have high morale and good atmosphere between the members.

News-Armenia: Some people think that Armenian victories at the last two Olympiads were result of the tremendous atmosphere. How was this achieved?

Smbat Lputian: Basically, all players must have high human qualities, such as tolerance, patience, diligence, ability to make concessions to someone, to support each other. When this relationship is strong, our team is also strong. We have always had it. Of course, the last six years mark the peak in our results, but ever since 1992, we have always had a very good team and high spirit.