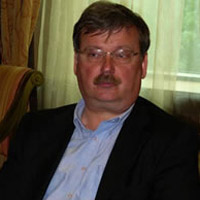 How did you become a member of Silvio Danailov’s ticket?

When I was elected as a President of the Polish Chess Federation a year ago, I started my visits. I got to know Boris Kutin, Horst Metzing, Ali Nihat Yazici, Silvio, but also Kirsan, Macro, and other top FIDE and ECU executives.

I think they liked what I have done in Poland, and I received several proposals to join the chess management. By the advice of Boris Kutin, I have chosen joining Silvio’s ticket as I believe it can make a difference. Boris is right, it is unique that all ticket members have a proven track record of outstanding achievements in life, yet their experience is complementary.

After 25 years in business and 15 years of being a President and CEO of large publicly listed company, I decided it is time to enjoy life. And I have always liked playing chess. I am a complete amateur, ELO 2000, but still like it. During the last 3 years, I have also created one of the largest in Poland collections of chess books and chess stamps.

But I also have not completely quit business, I am still sitting on the Supervisory Boards of stock exchange listed companies: largest polish publishing house, largest polish construction company, and top IT company. I am also an investor in several industries from tourism to biotechnology. I am also a member of Pro Publico Bono boards, like Stock Exchange Arbitration Court, United Way, Information Society Development Foundation (supported by Gates Foundation), Institute of Public Affairs, and some others.

Playing chess and chess management is not the same thing

True. Still, I was always sad that the King’s Game is not lucky in the recent years. Chess was not “spoilt” by corporate sponsorship, media attention, and prestigious venues. And it deserves all that! So when I was asked by some chess activists in Poland to help Polish Chess Federation struggling with bad image, internal fights, and lack of money, I could not refuse.

Could you tell us more about your first year in the chess management in Poland?

Very simple moves: we have built a small professional office of salaried employees (5 persons), almost all information became public and transparent, we created infrastructure to be able to sell and invoice (proper registration with VAT, sales rep, etc.), then we’ve built products for sale, for which we obtained media patronage, and hence are selling it to companies and/or energetic municipalities.

Did that bring success in such a short time?

Chess management is like any other business: you have to sell your products and make sure that costs are covered. My business experience is essential. Even on this minuscule scale, in Poland, during the mere several months, we were able to sell local polish chess events for over €100,000.

Can those achievements be repeated on much larger scale in Europe, in ECU?

Of course. There are much better products for sale! ECU “owns” great events and new products can be developed, just look at volleyball or handball. Their financing and prestige has more than doubled in the last years. Also our products can be properly packaged and sold. Chess alumni are everywhere: in media, in business, in politics.

This network is garden of “low hanging fruits” which can start the change in Europe, while getting the general public and big corporations. Those high positioned chess alumni must be sure that they will not lose by their involvement. Hence, ECU has to be efficient, transparent, professional and predictable. This will obviously benefit all chess stakeholders. The alternative is not attractive: ruthless fight for ever smaller piece of cake. It’s time to change that.

Sure. We don’t have the “iron curtain” to help us, but with good events we can create stars and attract stars. Chess is for smart people, and being smart is becoming fashionable. We are already there. Chess can be cool!

Mr. Tomasz Sielicki is 50 years old. He is graduate of the Technical University in Warsaw. First employee, shareholder, President 1992-2005, and driving force behind the market successes of ComputerLand (now Sygnity), Warsaw Stock Exchange listed company with 2,000 employees and €200m in sales.

Since July 2009, Mr. Sielicki is President of the Polish Chess Federation, delegate to FIDE and ECU, amateur chess player.

More about Silvio Danailov’s team at his official website.