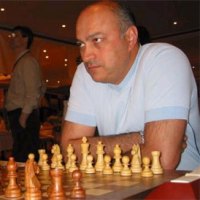 On 24th August, Teymur Tushiev revealed on Extratime.az pages that Azerbaijan Chess Federation is interested in appointing FIDE Vice-President Zurab Azmaiparashvili as captain of their national team. It is no secret that Azerbaijan holds high ambitions with the team composed of young and strong players, and it is believed that Azmaiparashvili’s experience might be that final piece in the puzzle to provide a top result. Thus far, Azerbaijan has one bronze medal from the official competitions, earned at the last European Team Chess Championship that was held in Creta Maris.

The news travels fast as Azmaiparashvili himself confirmed to Tushiev: “The amazing thing is that I only recently returned to Tbilisi, and I have already received calls from many people, including Nona Gaprindashvili, who read the information in the Georgian newspaper, asking me whether or not I will work with Azerbaijan. I said that I don’t know because I haven’t received an offer. But in a few days I should travel to Baku as member of FIDE delegation that negotiates about Candidate Matches, and this will probably be a good opportunity to discuss a potential proposal about captaincy.”

“It is still to early to say anything specific, at least until I meet the President of Azerbaijan Chess Federation Elman Rustamov, because being a captain of Azerbaijan is a big responsibility”, Azmaiparashvili continued, “Chess is not football, but it should be insisted on maintaining a strong team spirit. You cannot establish that by gathering players together one day before the competition. There should be more meetings throughout the year, whenever is possible.”

Further in the interview, Tushiev and Azmaiparashvili discussed the possibility of holding Candidate Matches in Azerbaijan and then briefly touched upon the FIDE Grand Prix and its final tournament. From the tone, we have an impression that Grozny, earlier mentioned by FIDE President Kirsan Ilyumzhinov as potential host for the Grand Prix, is almost certainly ruled out because most of the players put safety in the first place. Read the full interview on Extratime.az (Russian language).

Update (16th September): The rumor was confirmed by Faik Gasanov, Vice-President of the Chess Federation of Azerbaijan, and Azmaiparashvili is officially captain of the Azerbaijan national team.